ARM-LOC is an easy to use, water rescue device that gives rescue responders an extra arm when saving people in water disasters.

The ARM-LOC slides onto the victim’s forearm and the rescue responder or the victim pulls the yellow lanyard that deploys and locks the device into place- eliminating the need for the victim to grasp a rope. It can also help float the victim when the victim pulls the device close to his or her chest. It can be deployed in seconds and re-deployed over and over again. ARM-LOC is an easy to use, life saving device that will give police, fire and rescue responders an extra arm in saving people trapped by various water disasters. It can be used for floods, hurricanes and tsunamis as well as ice and rapid water rescues and snowmobile and boating accidents.

NOT JUST A WATER RESCUE TOOL...

The purpose of this burn test was to determine what would happen to the ARM-LOC once it was sprayed with fire proof spray used on the space shuttle for reentry. This product was provided by Sun Seekers owner Jim Moseley. It allows the device to withstand direct flames. Our product sat on direct flames for 3 minutes and only melted and did not catch fire. It also still worked once we doused it with water.

Our hope is that fire fighters can use the ARM-LOC for rescuing injured and trapped firefighters/victims. This is called RIT which stands for Rapid Intervention Team. 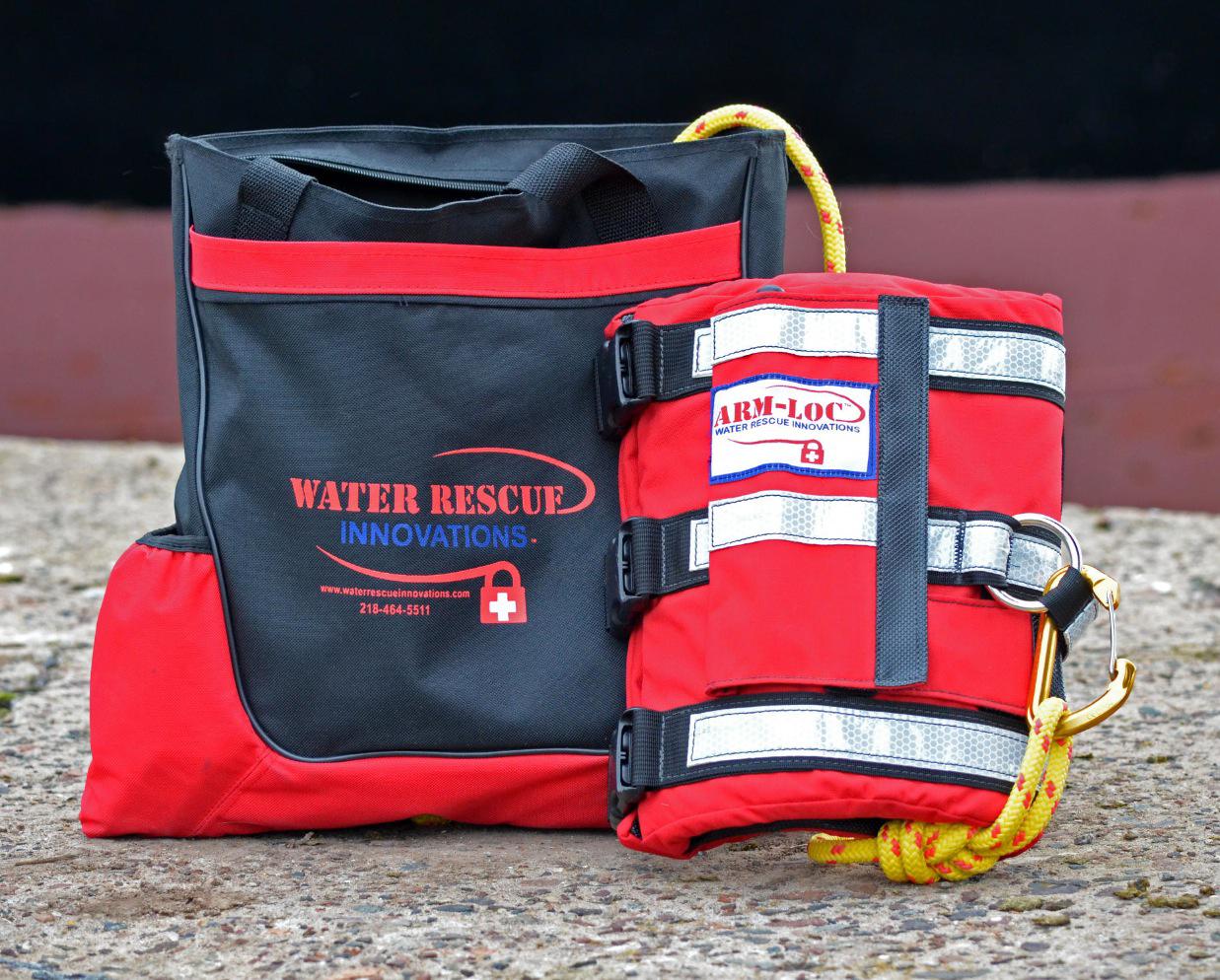 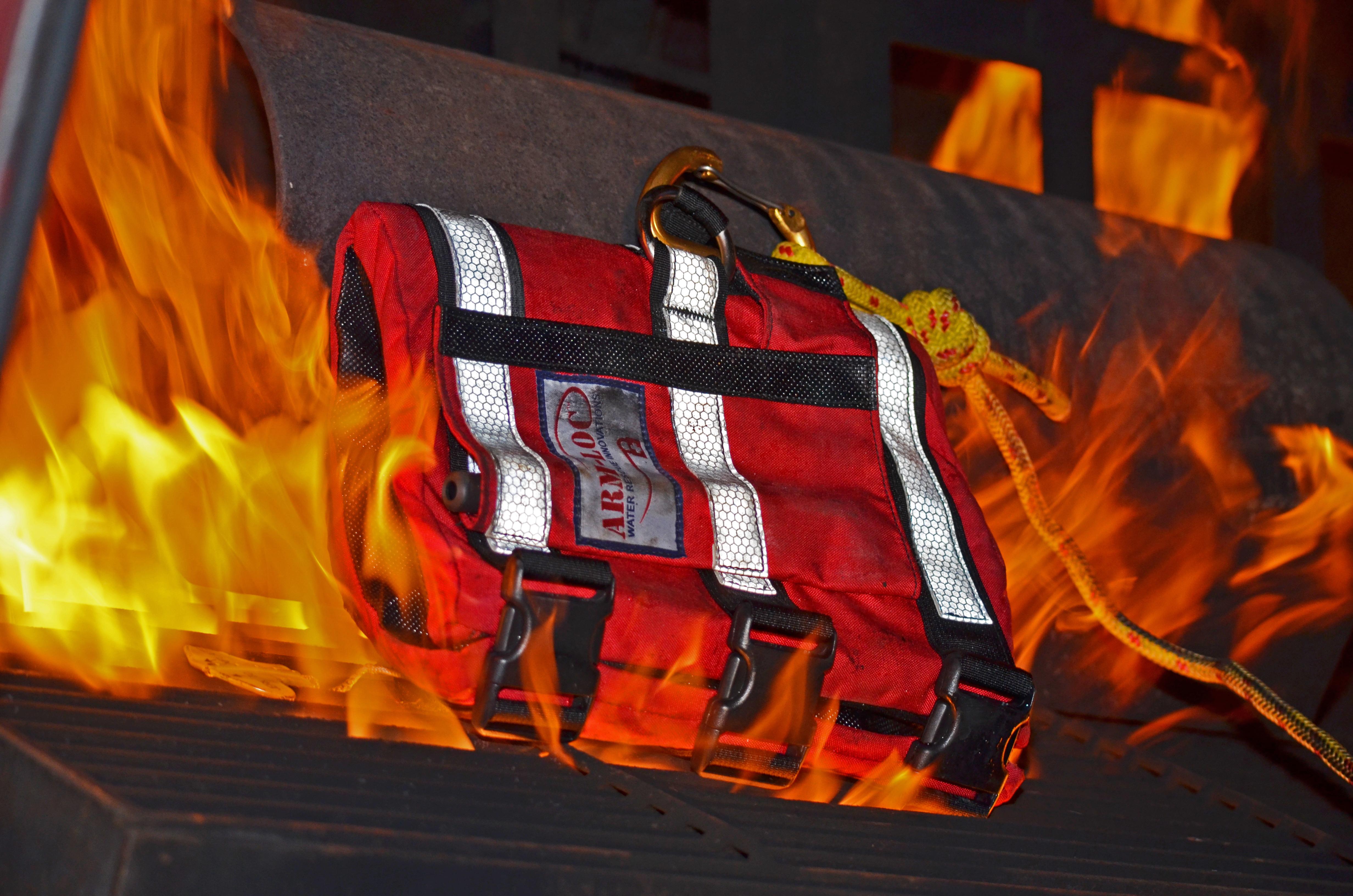